VMO to Deliver a Feast of Romantic Music

The season finale concert of the Vancouver Metropolitan Orchestra (VMO) is a feast of Romantic music. Three works imbued with exotic flavours, like a perfect three-course dinner, will bring you soul-soothing satisfaction.

With two piano concertos and a symphony by nationalist Romantic composers on the repertoire, the orchestra will take to the stage under the baton of Maestro Ken Hsieh on June 28, 7:30 pm, at Michael J. Fox Theatre, to be joined by two award-winning young musicians from the VMO Clef Concerto Competition.

The concert will open with the Piano Concerto in A minor (First Movement) by the Norwegian composer Grieg. The work, which begins with an explosive drum roll, followed by a tragic piano flourish leading to an expressive theme, is like an appetizer of the musical feast, giving us a taste of the intoxicating allure of Romantic music.

Composed in 1868 (when the composer was twenty-five years old), the work is Grieg’s only concerto, and is one of his most successful works, winning accolades from the wizard pianist-composer Liszt and the Romantic colossus Tchaikovsky. It is also one of the most popular piano concertos. In 1909 it became the first piano concerto ever recorded. Hajun Chang, junior category winner of the Clef Competition, will demonstrate his sophisticated talents on stage.

Next comes the Piano Concert No. 2 in E major by Moszkowski, a German-Jewish composer of Polish descent. Unlike most other concertos with three movements, this is a four-movement work like a symphony, and can be aptly called the main dish of the musical feast. The composer may not be a household name, but he has been seen by critics as one of the composers who best understand how to write for the piano, second only to Chopin, “the Poet of the Piano”. The concerto is like an acoustic poem interweaving piano tones and symphonic sounds. Nicole Linaksita, senior category winner of the Clef Competition, will bring out the poetry of the music to the fullest extent.

The feast won’t be complete without dessert! And that is the Symphony No. 8 in G major by the Czech composer Dvorak. It sounds odd to compare a symphony to a dessert, but the comparison is in fact most apt for a work that celebrates the sweetness of life: it is markedly different from mainstream Romantic symphonies that are mostly tragic in style, and is also vastly different from Dvorak’s other major symphonies (Nos. 7 and 9) which are serious in tone.

Czech folk music, with its carefree Bohemian style, dance-like rhythm and love for improvisation, is a source of inspiration for Dvorak. As the symphony strides towards la dolce vita, in unrestrained improvisational dancing steps, it will bring the concert as well as the whole season to a resounding close. 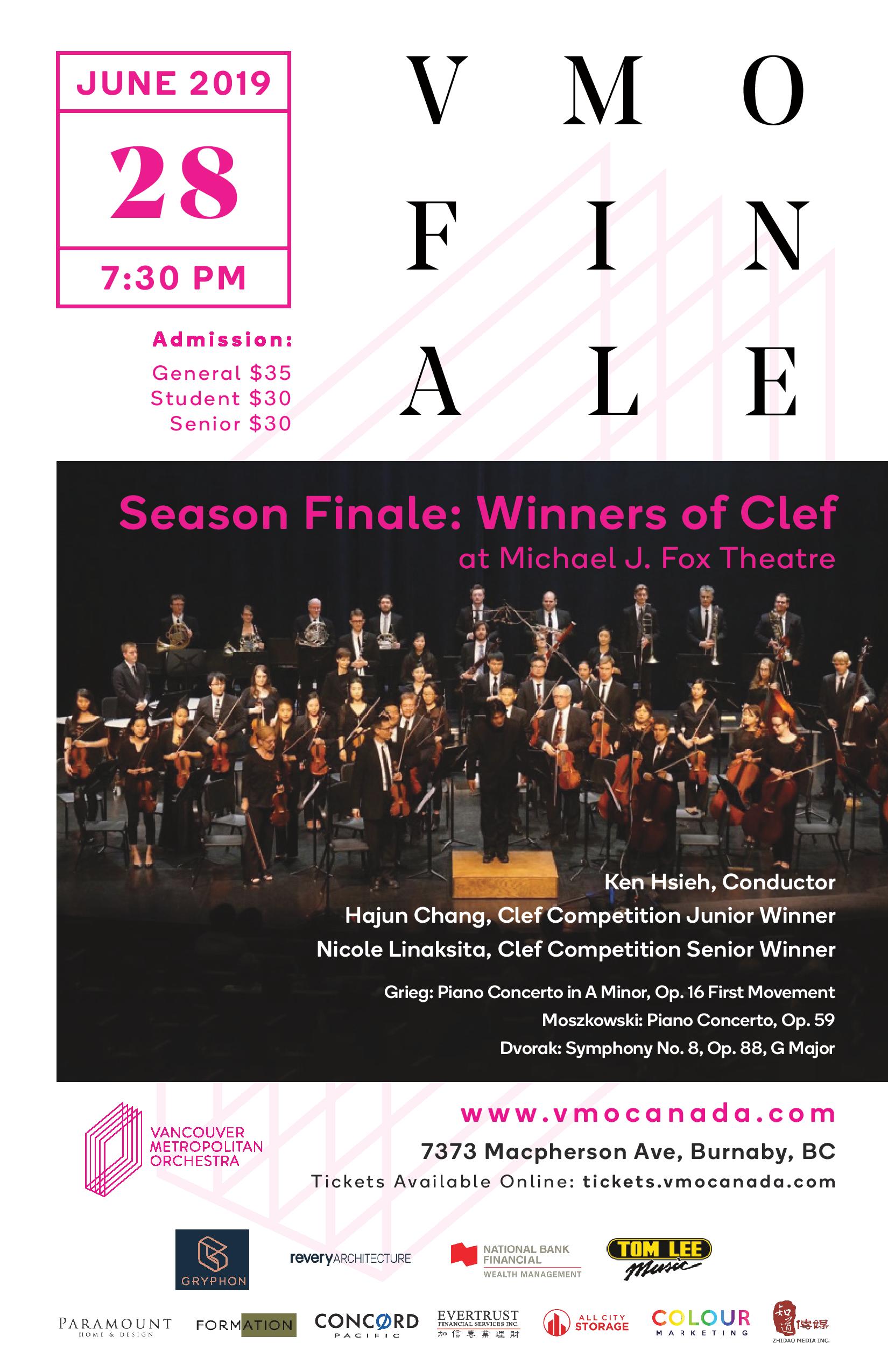