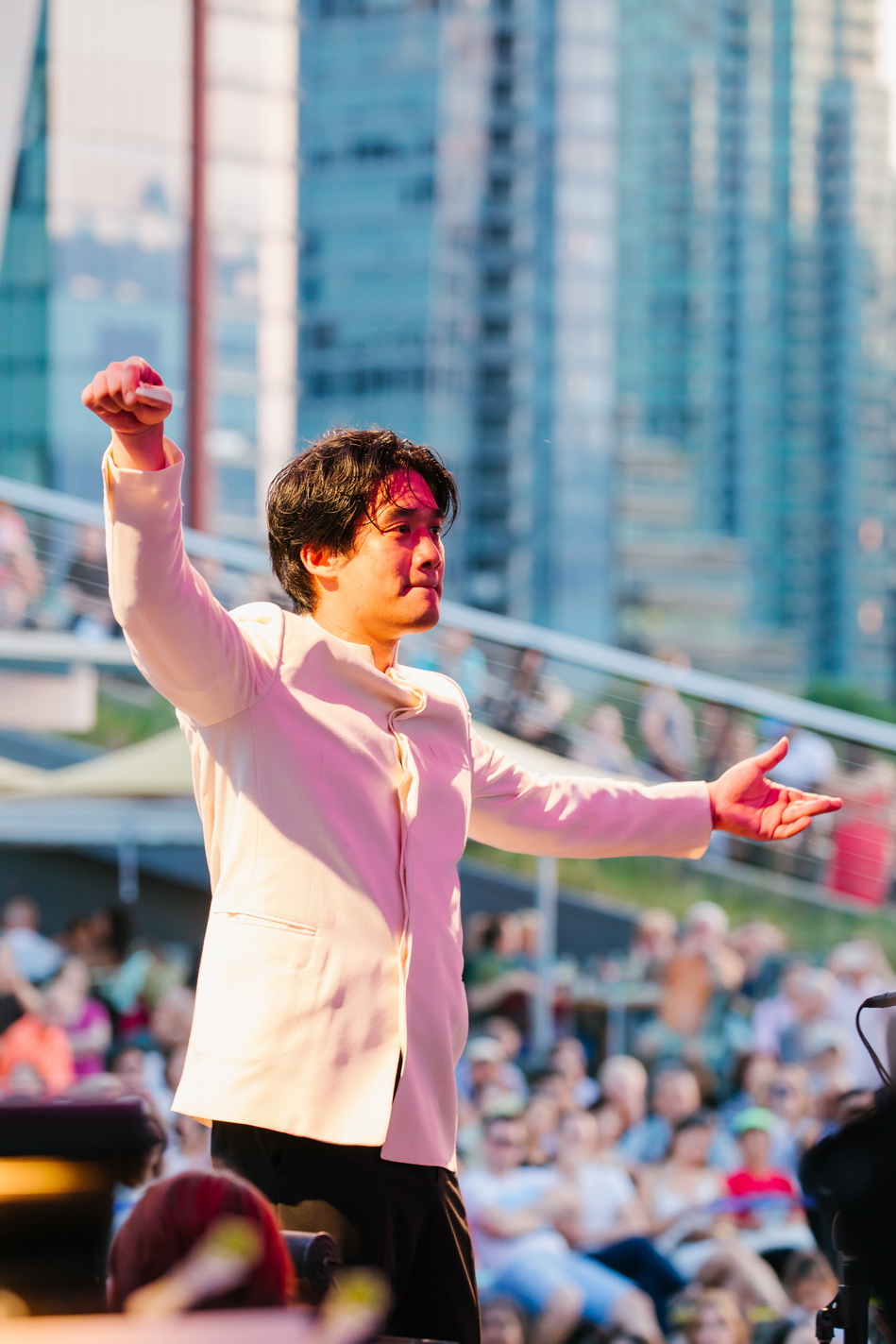 Born in Edmonton, Canada, Ken is the winner of several prestigious conducting prizes including: the Heinz Unger Award in Conducting, and the Jean-Marie Beaudet Award in Orchestral Conducting. His conducting teachers and coaches have included: Kurt Masur, Kazuyoshi Akiyama, Morihiro Okabe, Yuji Yuasa, Ronald Zollman, and Jorma Panula. A graduate of both the Royal Conservatory of Music and the University of British Columbia, he completed his post-graduate studies in orchestral conducting in Japan at the prestigious Toho Gakuen School of Music, and Senzoku College of Music on full scholarship. He furthered his conducting studies in Vienna, Austria with Yuji Yuasa, and in masterclass with Seiji Ozawa and Pinchas Zukermann. At the age of 22, Ken was appointed Assistant Conductor of the Pacific Music Festival (founded) by Leonard Bernstein) where he worked with the Sapporo Symphony Orchestra and the Pacific Music Festival Orchestra, as well as serving as an assistant and collaborator to: Bernard Haitink, Edo De Waart, Krzysztof Penderecki, Seikyo Kim, Yutaka Sado, Ken Takaseki, and Wen-Pin Chien. The following year, he became the Assistant Conductor at the National Academy Orchestra and the youngest Conductor-in-residence/Assistant Conductor with the Vancouver Symphony Orchestra (2004-2007), where he conducted over 100 performances from the main subscription series to lighter and pop series concerts. A regular guest conductor with major orchestras around the world, he had worked in close relations with the Hyogo Performing Arts Center Orchestra and Sichuan Philharmonic Orchestra, where he has conducted their subscription, masterworks, chamber and educational series. Comfortable conducting in several genre, he enjoys conducting orchestral, opera, ballet, film music, and pop music. Succeeding Yutaka Sado, he has since 2011, led the Nippon Century Orchestra (formerly Osaka Century Orchestra) in Beethoven Symphony 9 series at The Symphony Hall in Osaka, produced by Asahi Broadcasting Corporation and sponsored by Air Canada.

Remaining dedicated to promoting young artists and music education; Ken works often with youth and training orchestras including: Shanghai City Youth Orchestra, Fukuoka Student Symphony Orchestra, Vancouver Youth Symphony Orchestra, Surrey Youth Orchestra, BCMEA Honour Orchestra, Saskatchewan Honour Orchestra, as well as the Japan Junior Philharmonic Orchestra as their summer session conductor that included a benefit concert for the United Nations World Food Program in the Tokyo Metropolitan Art Space. He has been a guest professor and conductor with the National Tainan University, and has worked with the Geidai Philharmonia (National University of Arts in Tokyo), preparing them for the Martha Argerich Festival in Beppu, which was later conducted by Antonio Pappano and Seikyo Kim. He has collaborated with a wide range of distinguished artists from: Cyprien Katsaris, Janina Fialkowska, Ryu Goto to Holly Cole, Natalie McMaster, and John Pizzarelli. Several of his concerts have been recorded live and broadcasted on CBC Radio across Canada. His concerts have also been broadcasted on television in Taiwan, Japan, Canada, and the USA. Ken made his European France debut with the historical l’orchestre Lamoureux, performing at their subscription concert at the Theatre Champs-Elysee in Paris, France.

Among other honours and recognitions, he has been awarded the Order of Merit for Outstanding Young Leaders from the Lions Club, Named Top 100 most influential Asian-Canadians by Vancouver Sun, Top 10 Most Beautiful People by TV Weeks Magazine (which included Michael Buble), as well as most recently Top 33 most influential leaders by Sing Tao News and most recently Top 10 Elite Chinese-Canadians. Ken also serves as the 2019 Co-Chair of the Liver Foundation of Canada Gala.