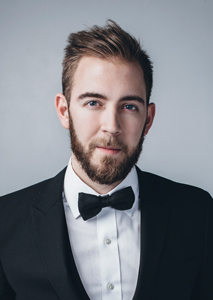 Trevor is an award-winning pianist, composer, and music producer who excels at creating syntheses across classical and contemporary genres. Having studied piano performance at the Royal Conservatory of Music and composition at the University of British Columbia, he feels equally at home in both the classical and pop world. He has worked extensively with the Vancouver Symphony Orchestra, and Vancouver Metropolitan Orchestra (where he is currently composer in residence), as a specialist for hybrid pop concerts. Trevor is also a prolific song producer, working on electronic singles for Tiesto’s label and classical crossover concerts as the music director for David Foster’s artist Cody Karey. He has produced and mixed multiple successful albums, including the My Little Pony Christmas album which reached #1 on the iTunes children’s music chart.

In the realm of TV and film, he was recently an additional music contributor and orchestrator on “My Little Pony: The Movie” featuring Sia, Kristin Chenoweth, and Emily Blunt, which had a worldwide theatrical release in October of 2017. He has also been part of the music department for some of today’s most popular children’s shows created by Disney, HBO, Netflix, Hasbro, Corus Entertainment, DHX, and Fremantle Media.