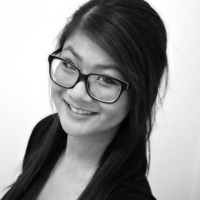 Pianist Natalie Lo has achieved recognition in her career as a concert pianist from a very young age. She has given concerts as a soloist both in Canada and abroad. She has been highly successful in her early competitive career including First and Top prizes at the Vancouver International Russian Music Festival, the Seattle International Piano Competition, the Canadian Music Competition, the Seattle Young Artists’ Music Festival, and the Stravinsky Awards Piano Competition of North America. She has also been a two-time winner of the BC Performing Arts festival. Most recently, Natalie found success as a finalist at the Shean Competition, winning Fourth prize as well as the award for the Best Performance of the Test Piece. Natalie has been awarded the Youth Arts Award by the City of Richmond in recognition of her artistic achievements and her contributions to the cultural community. She has also been invited to perform at various showcases and charities, including the Vancouver 2010 Olympics.

In addition to her solo work, Natalie is involved in chamber music. A highly sought-after collaborative artist, she has received many awards with her chamber groups including the Friends of Chamber Competition, the BC Provincial Performing Arts Festival, and the Vancouver International Russian Music Festival.

Natalie is a recent graduate of the University of British Columbia, where she has received her Bachelor Degree in Piano Performance, having studied with Dr. Corey Hamm. Upon graduation from UBC, she was awarded the Director’s Graduation Prize in Piano Performance. Along with her Bachelor degree, Natalie also holds a Perfomer’s Certificate from the Vancouver Academy of Music and a Performer’s ARCT Diploma from the Royal Conservatory of Music, studying with Lorraine Ambrose. In addition to her studies in piano, Natalie has also achieved top marks in violin exams with the Royal Conservatory, and in yang-qin with the Central Conservatory of Music of China.

Natalie Lo will be performing at our 2017 Season Finale Concert, for more info or buy tickets online (Eventbrite): visit here